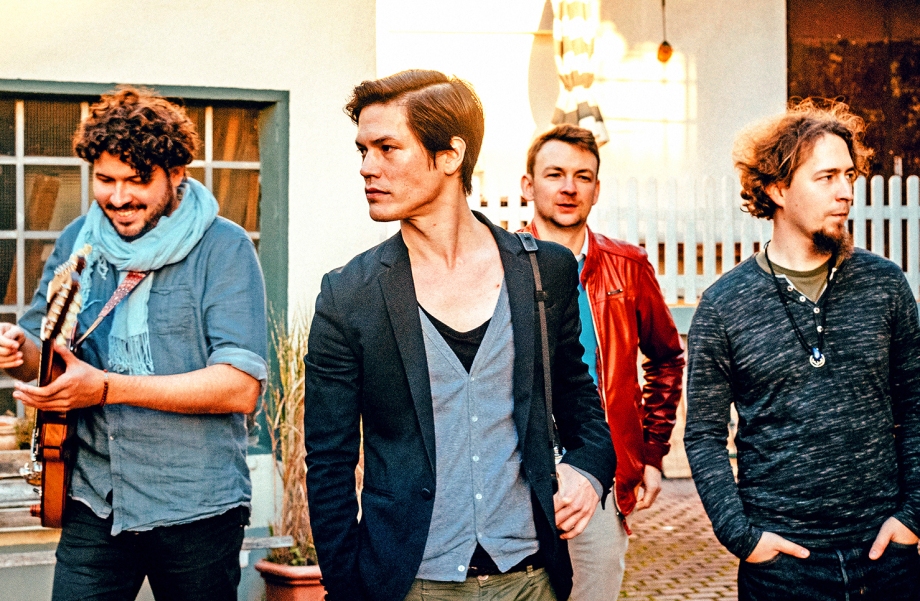 Since the release of his first solo album, the jazz guitarist with a predilection for unconventional sounds (among other instruments, he plays a mixture of guitar, oud and sitar) has proven that music truly knows no boundaries: classical guitar meets baroque meets traditional Indian music, and all of that in an impressively skillful and refreshingly playful manner.

The CD, simply titled Guitar, was partially recorded in Mumbai with nine musicians from three different continents, Mumbai being the place the Frankfurt-born guitarist was drawn to because of his love of John McLaughlin’s groups Mahavishnu Orchestra and Shakti. The Times of India lauded the 23 minute album as a “fantastic fusion”. With his ensemble Max Clouth Clan, he contiunes on this path, which opens up even more sonic dimensions thanks to the extended lineup.

Return Flight is the title of the quartet’s first album  – a name full of promise: Flying in the true sense of the word, as well as flight, going back and forth between places and emotions, and the meta-theme of perpetual movement. The ensemble plans to release the follow-up album Kamaloka in April 2018. This mysterious word originates in Sanskrit and describes the condition of the soul after death, freeing itself from all material trappings. In this respect, the album is also going to be a personal commentary on the current times in a world of seemingly insatiable materialism, yet permeated with clear signs of counter-developments. A very exciting endeavor!