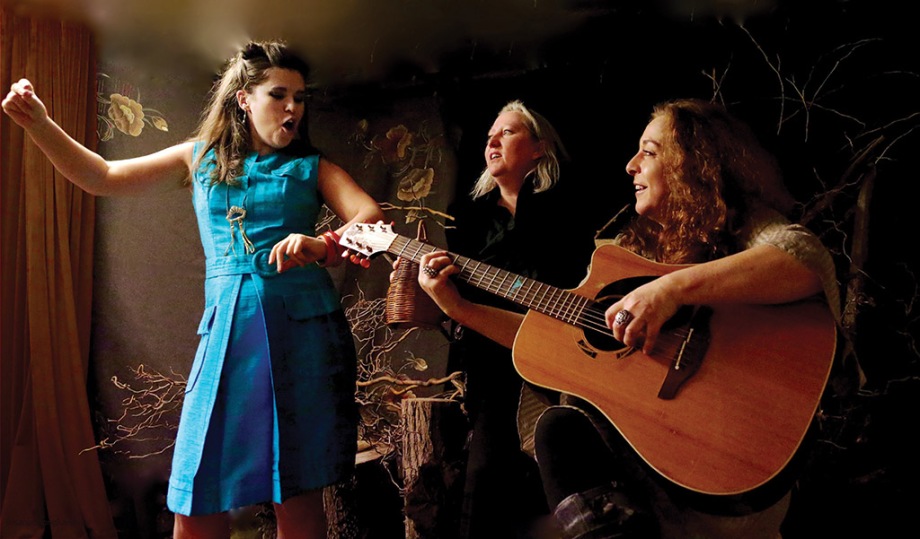 Azulejos – a new constellation of world-class professional musicians that breathes new life into poetic, secular songs from the Jewish music tradition of Southern Europe. The songs are sung in Ladino, also known as “Judeo-Spanish”, and tell dramatic stories of unrequited love, the trials of existence, longing and belonging. The songs were originally sung by women within a domestic setting, and many lyrics retain the feeling of being told from a female point of view. Danish/Jewish/Moroccan singer Jael Nordbek Azoulay draws on a personal insight into Jewish song tradition, while the ensemble’s sound and arrangements mirror its members’ musical backgrounds in jazz, folk and oriental music. They have toured the world to high critical and public acclaim, their acknowledgements including several nominations for the Danish Music Awards World and the awards Composer of the Year 2005 (DK) as well as The Danish Jazz Grammy in 2000.

The trio made their live debut at the Copenhagen World Music Festival in 2017, where their concert was received wonderfully by a curious Copenhagen audience, and now they are looking forward to sharing their music with audiences across Europe. As an echo of a journey from Europe to the Orient, the trio creates a personal and unique version of Jewish traditional songs, whose roots are found in Medieval Andalusia. With their equally masterful and heartfelt interpretations, they invite the audience to join them in their travels through a landscape where great emotions meet the soft intimacy of lullabies, and even some silly nonsense of children’s songs.